“The climate justice movement is back!” – Ende Gelaende ends successful weekend of action

The international climate justice movement “Ende Gelaende” (“Here And No Further!”) declared the end of the action weekend today. More than 3,000 activists blocked coal and gas infrastructure in Rhineland mining area, in western Germany. Ende Gelaende calls for an end to all fossil fuels and a fundamental system change. Continue reading …

Wet and crisp – this was Ende Gelände 2020 in the Rhineland

Fighting the Crisis since 2015! 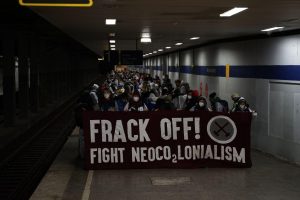 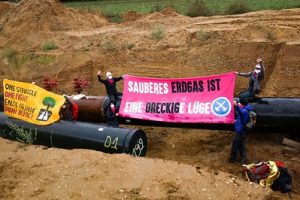 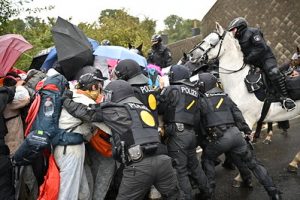 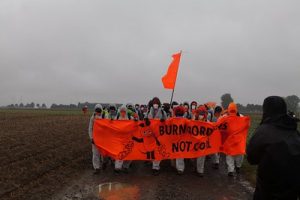 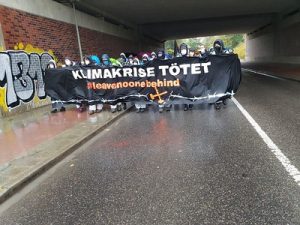 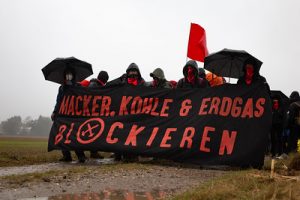 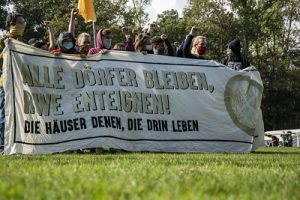 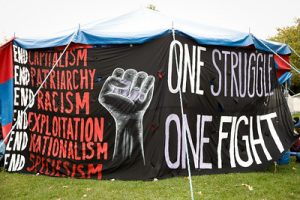 The Ende Gelände ticker (sorry, only in German)

The Press Review to the Action

A collection of news (TV, newspapers) is available in our Press Review . 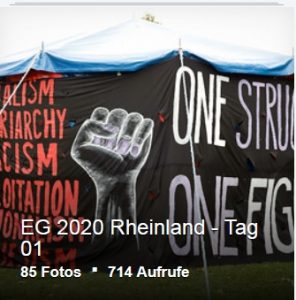 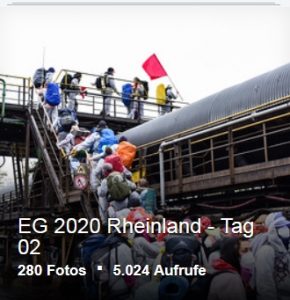 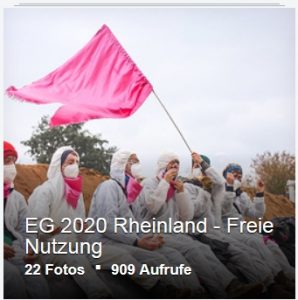 All news about the action 2020

The collected infos about the action (and its preparation)

Disobedient against capitalism and for climate justice – worldwide!

Melting glaciers, rising sea levels, extinction of species, stronger and more frequent weather extremes – these are just some of the many consequences of climate change. Those who have contributed the least are particularly hard hit: people in the Global South are already losing their homes because of the climate crisis. The climate crisis is intensifying the existing injustices worldwide. With such prospects for the future, it should go without saying that the effects of climate change should be kept to a minimum. But the reality in politics looks different: The climate protection measures adopted there, are no more than window dressing.

Datteln IV must not be connected to the grid!

Despite the decision to exit coal, the Uniper Group still wants to commission its new coal-fired power plant in 2020. This threatens to increase CO2 production by 10 million tons. We will not allow this to happen and stop it from going into operation: Shut shit down – now!

We can’t tackle climate change or ensure global social justice without moving away from capitalism fuelled by fossil fuels. Deep socio-economic changes are needed to enable everyone to lead a good life.

Together we fight for climate justice! We will not allow the climate to heat up any further, islands to sink into the sea and more villages to be dredged for dirty brown coal.
All villages stay – in the Rhineland and worldwide.!

We are the immediate coal exit!

The time to act is now! Around the 27 th September we will fight destruction and block the coal infrastructure in the Rhineland in a mass action of civil disobedience. Coal exit is still manual work: let’s go – Ende Gelände!

Our promise is: we’ll come back until the last digger stops!

Flow through our barriers

Inclusion and accessibility at Ende Gelände

The Legal Team for All is the anti-repression structure for the action days 2019, 2018 + 2017 . It is essential that you report there promptly if you receive mail or similar from repressive authorities after the actions:
legal_team_fuer_alle@posteo.de ( pgp-key ).
Our solidarity against their repressions!

Whoever receives mail from the police, public prosecutor’s office, court or Vattenfall/LEAG for the participation in Ende Gelände 2016 in der Lausitz, please contact the Legal Team as soon as possible:
cat@nirgendwo.info ( (pgp-key) )

If you receive mail regarding Ende Gelände 2015 , whether it is from the police, public prosecutor’s office, court or RWE: do not sign immediately but contact us first to discuss your next steps:
antirrr@riseup.net ( pgp-key )

Don’t sign anything without consulting –
TOGETHER WE ARE STRONG!

News-Blog directly from the Hambacher Forrest